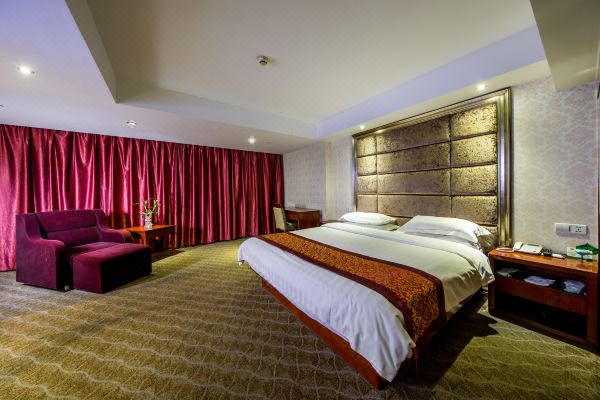 The Yucheng Hotel provides a great place for travelers to relax after a busy day. The Yucheng Hotel is an ideal choice for travelers who want to take in the sights and sounds of Haining. Boasting a convenient location, the hotel is just 800m from Haining Railway Station and 70km from Xiaoshan International Airport. Guests will find Huili Temple, Xishan Park(Tomb of Xu Zhimo) and Haining Museum just a short distance from the hotel. When guests have some time on their hands they can make use of the onsite facilities. This Haining hotel provides parking on site. According to our guests, this hotel provides a very high level of service. This hotel is the usual choice for a large number of business travelers.

For each room, 1 child can use existing beds.

Children aged under 18 years old must be accompanied by a legal guardian.

Breakfast
Parking
Pets
No pets allowed.
Paying at the Hotel