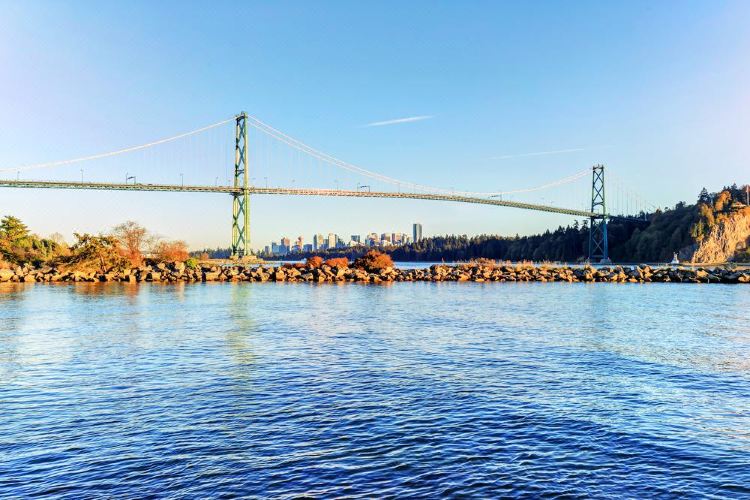 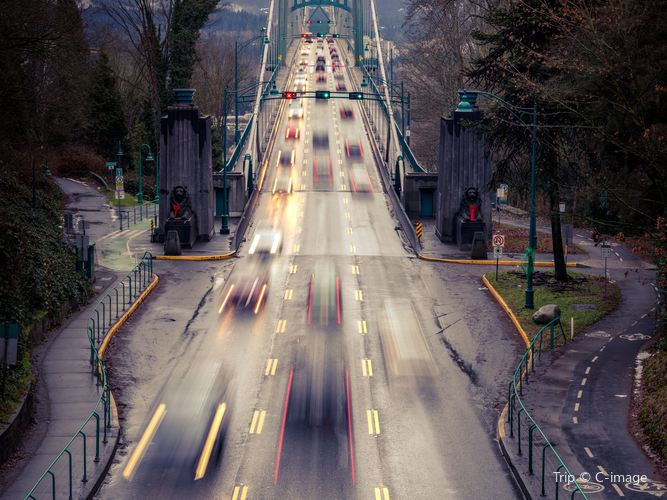 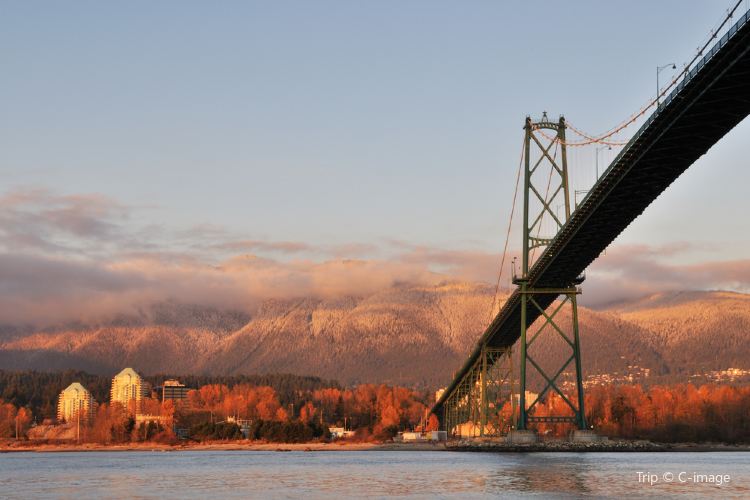 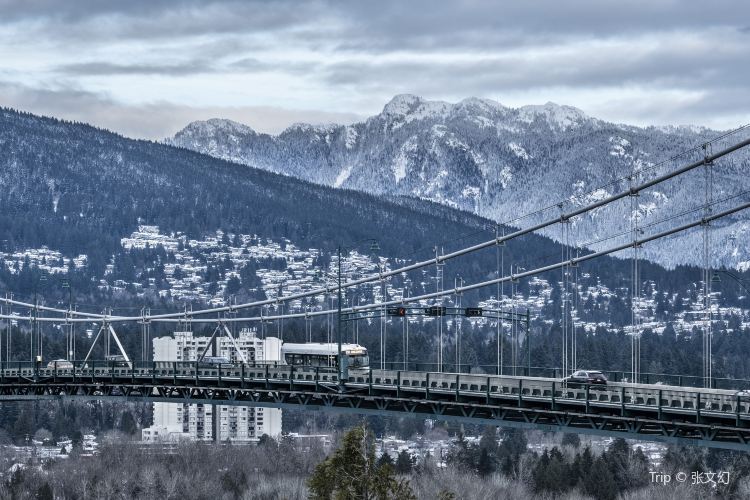 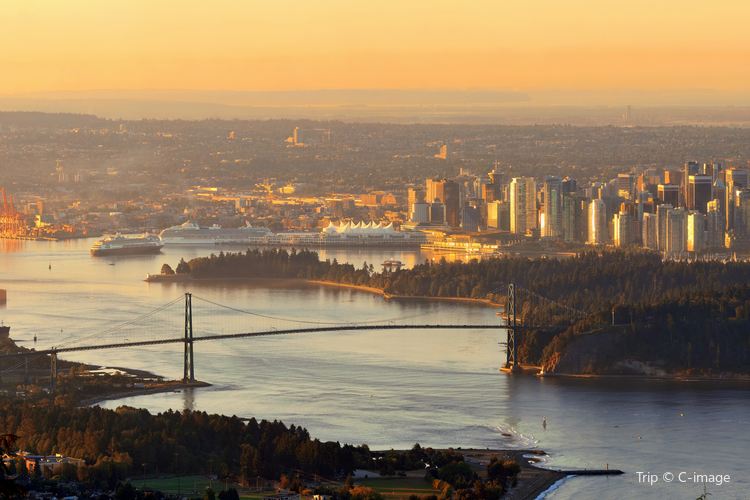 The Lions Gate Bridge is a landmark attraction in Vancouver. It was designed by the same designer as the Golden Gate Bridge in San Francisco. It is very spectacular and has a very good view. If you drive on the bridge, you must not miss the beautiful scenery on both sides of the bridge. Up

The Lions Gate Bridge, aka First Narrows Bridge, in Canada is a suspension bridge which crosses over the Burrard Inlet and connects the city of Vancouver to the municipalities on the North Shore. Its name, “Lions Gate,” was given to the bridge because it reflects “The Lions," a pair of mountain peaks north of Vancouver. Plans for the bridge were first established in 1890, but construction did not begin until March 1937. Today, the bridge has earned its place as a National Historic Site of Canada, and is even featured in many films, including Final Destination 5, Tron:Legacy and DaVinci’s Inquest.
Show More

The Village at Park Royal