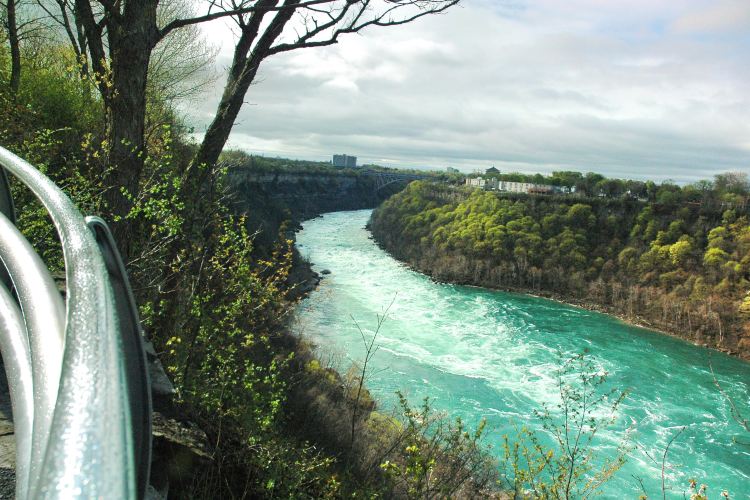 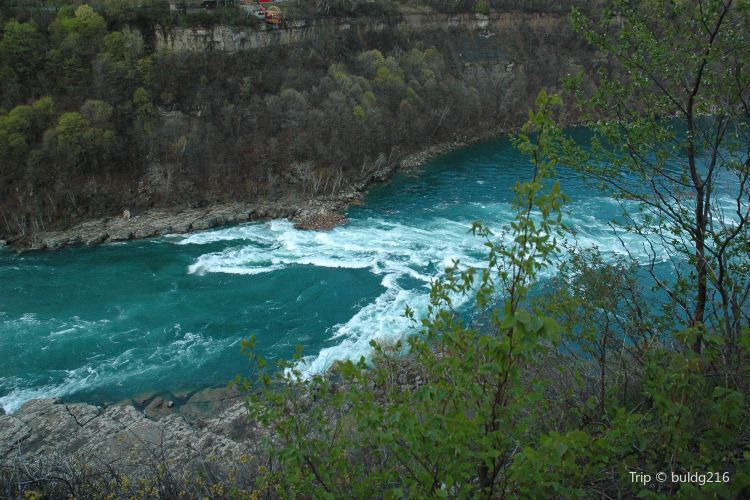 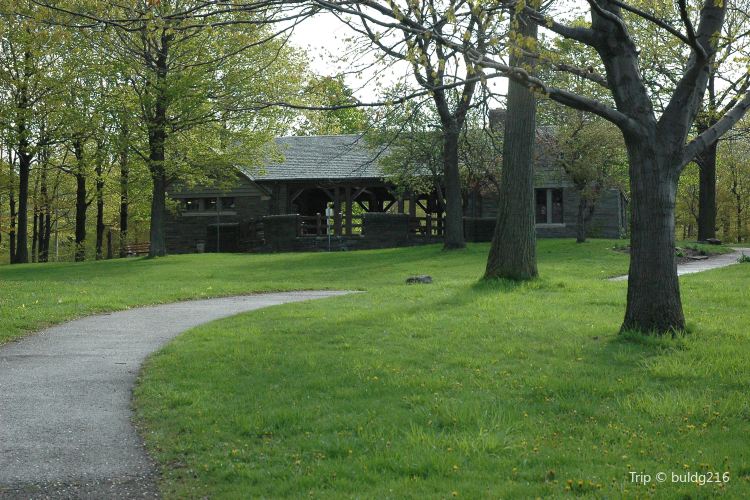 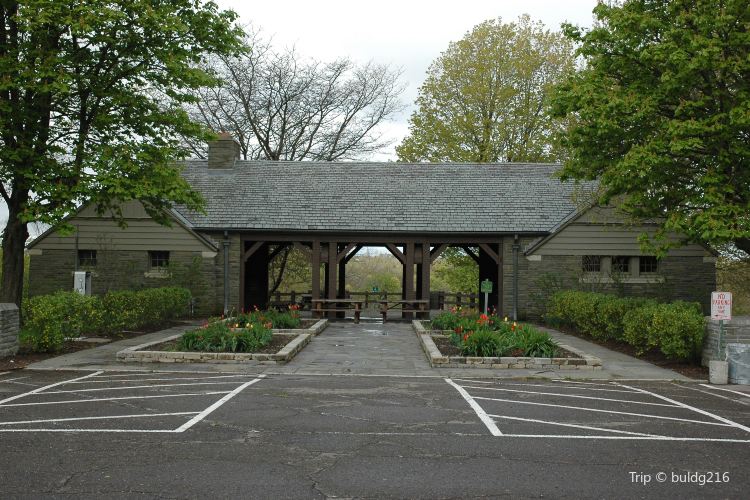 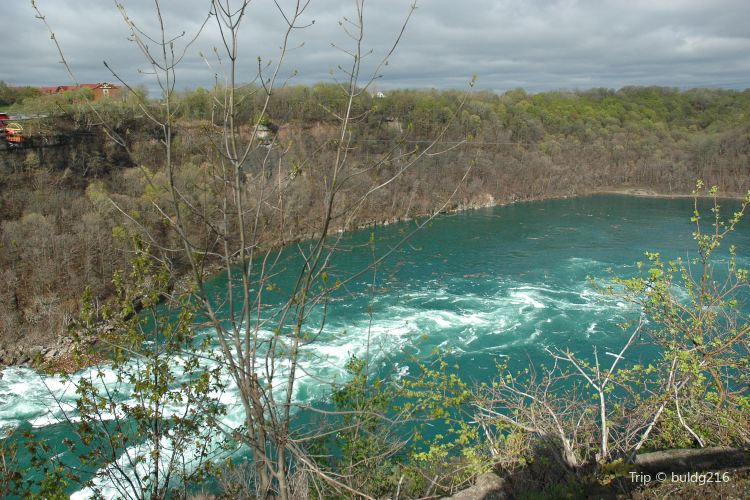 Niagara Falls is the largest waterfall in the world, and its water flow is also one of the best in the world. Where will so much water eventually go? The answer is the Niagara Whirlpool. This place is not very far from the Great Falls. It takes about 20 minutes by car. On the US side is a Whirlpool Park and on the Canadian side is Riyagara Park. Both sides have different facilities. You can watch the big whirlpool. On the Canadian side is the aerial tramway, which overlooks the entire whirlpool. On the American side, it is a fast-drifting boat with a boat worth more than $1 million, all the way to the center of the Niagara whirlpool, but the fare is In other words, the Canadian side will be a bit more cost-effective, about 13 dollars Canadian dollars per person, and the fast boat in the United States will cost more than 60 dollars per person. In fact, you can see it in Whirlpool Park, which is an American state park, where you can overlook the entire whirlpool. The Niagara Vortex formed at the end of the Wisconsinan Glaciation (Wisconsinan glaciation) about 4200 years ago. A large amount of water produced by the melting of glaciers flows northward along the Niagara Gorge formed by the movement of geological fractures. The turbulent water current carries a large amount of rocks and sediments in the canyon, and flows rapidly to the Sanctuary, which almost perpendicularly intersects the Niagara Gorge. At Saint David's Buried Gorge (Saint David&#39;&#39;s Buried Gorge), the water flow at 30 feet (about 9 meters) per second suddenly changed its direction, and the huge energy current hit the rock walls on both sides violently and experienced a long time. With the unremitting impact and erosion of the world, nature has finally created a huge Niagara whirlpool that we see today, as beautiful as a green pearl.