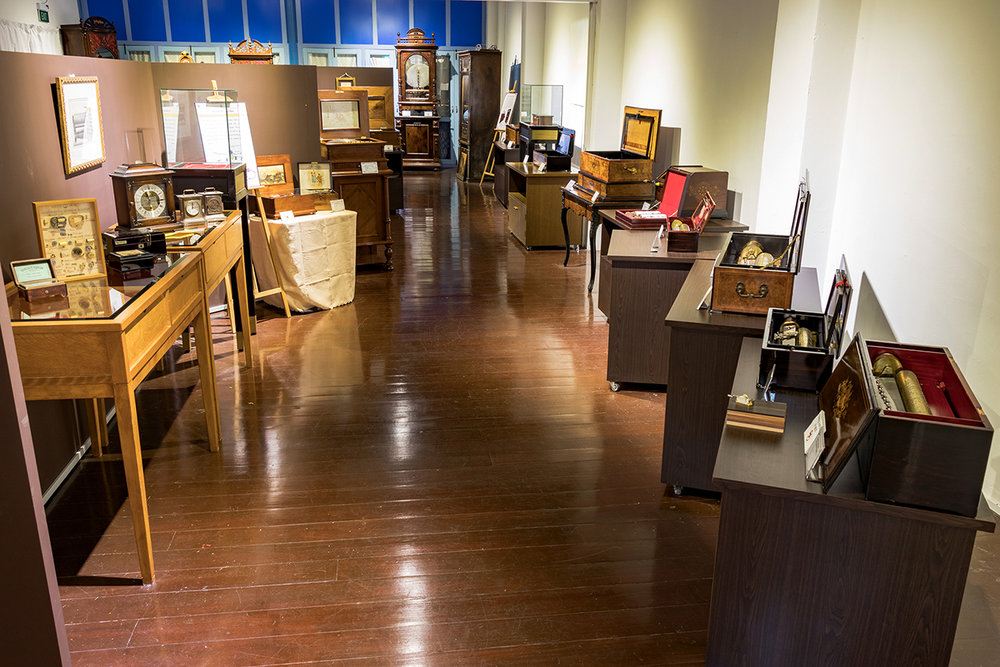 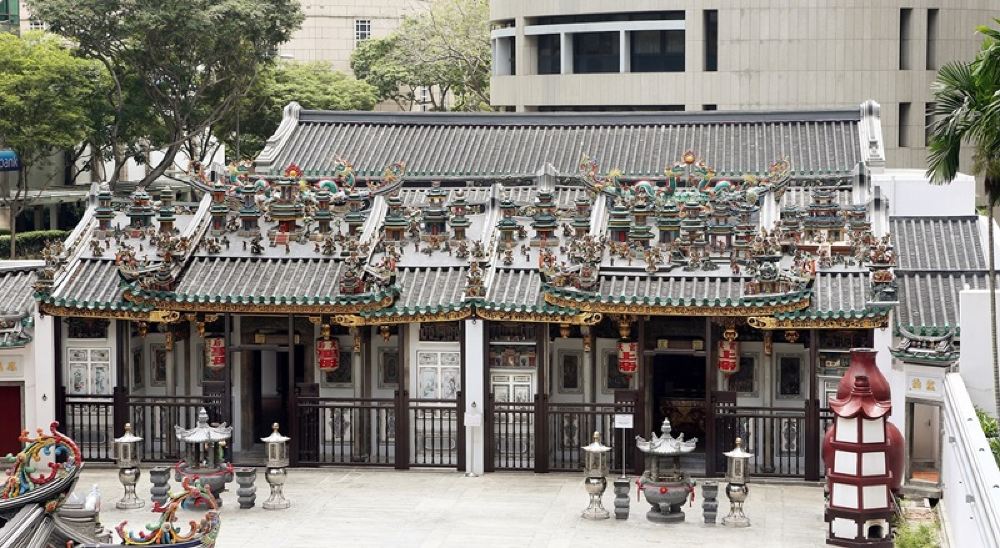 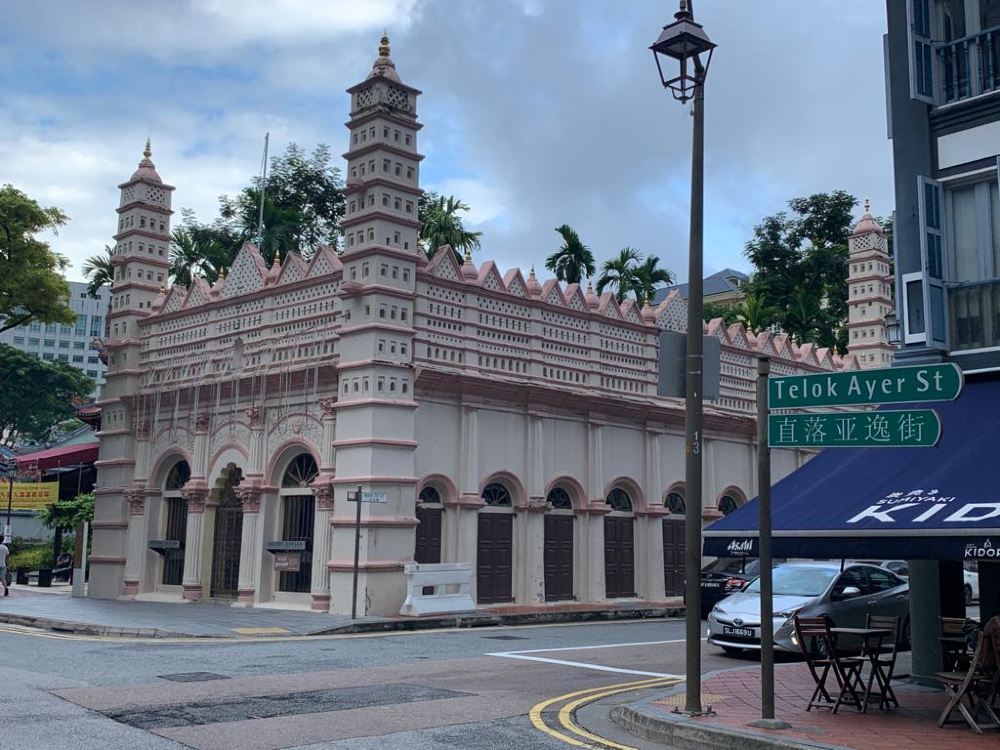 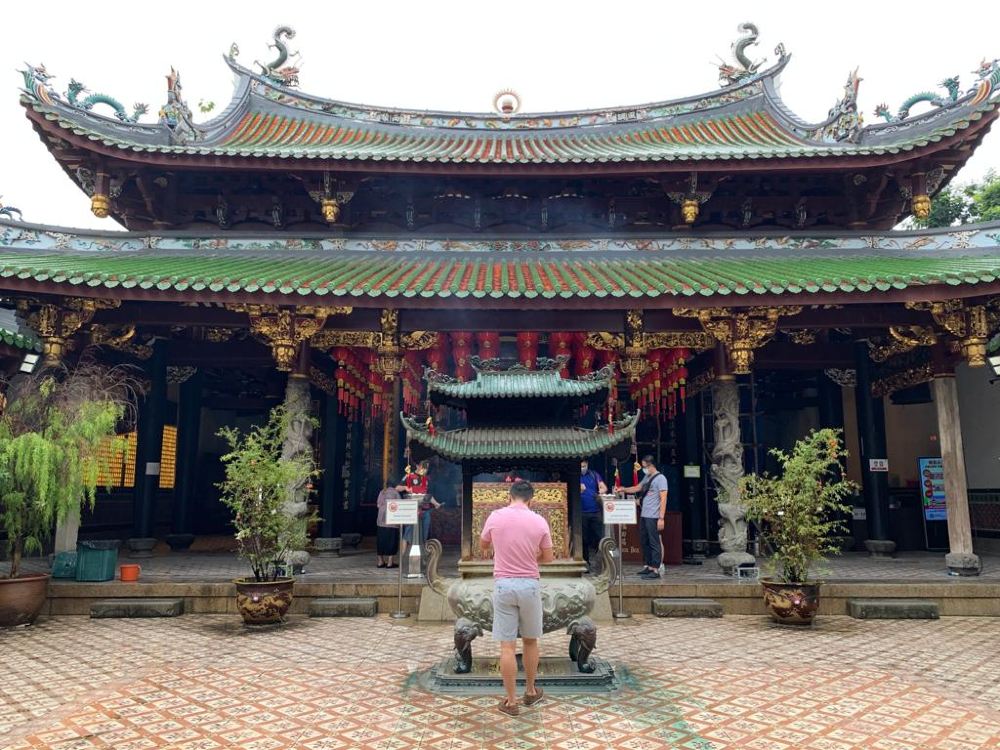 As a multicultural city with Chinese as the majority race, Singapore has no lack of iconic Chinese temples for devotees or tourists to visit. Yet one temple often off peoples’ radar is the historical Yueh Hai Ching temple, an awardee of the UNESCO Asia-Pacific Heritage award, which comes complete with gold gilding, historic ornamentation and ceramic figurines that depict Chinese classics.

Amoy Street is one of the old streets developed during the 1830s defining Chinatown under Stamford Raffles' 1822 Plan. It was listed in George Drumgoole Coleman's 1836 Map of Singapore as "Amoi Street", which was probably a reference to the many migrants who came from Amoy.

It is located at 140 Telok Ayer Street, in the historic Chinatown area. Built between 1828 and 1830 and originally known as the Shahul Hamid Durgha, the beautiful memorial is dedicated to Shahul Hamid, Saint from India who propagated Islam through his noble work and curing the sick. The memorial was designated a national monument in 1974 and re-opened in May 2011 as the Nagore Dargah Heritage Centre showcasing Indian Muslim culture, diaspora and heritage.

﻿It is the oldest and most important temple of the Hokkien (Hoklo) people in the country.

The temple originated as a small joss house first built around 1821–1822 at the waterfront serving the local Hokkien community, where seafarers and immigrants gave their thanks to the sea goddess Mazu for a safe sea passage on their arrival to Singapore. The temple is located on Telok Ayer Street and originally faced the sea; the Telok Ayer Street used to be situated along the coastline before land reclamation work began in the 1880s.

Its location alone may raise a few eyebrows – right next to Thian Hock Keng Temple, and that is still within Singapore’s CBD. “Chongwen Ge” is Singapore’s earliest Chinese school, said to be constructed in 1849. Singapore Memory mentioned it was subsequently known as “Chong Hock Girls’ School”. Sharing the same building as a Peranakan tile gallery and Singapore’s first music box museum, Chong Wen Ge café attempts to pay tribute to a part of the local history.

What are some popular Day Tours in Singapore?
Singapore City Tour, City Experience FEB special promo 2 paying adult 1 Child free , Singapore Island Cruise Admission Ticket, More
Can I change or cancel my booking?
Since change and cancellation policies depend on the tour or ticket that you book, we recommend checking the details page of your selected tour or ticket for more details.
How can I find discounted prices?
Keep an eye on prices, as they tend to be different on working days and weekends, as well as during peak and off seasons. When booking on Trip.com, you can also use Trip Coins to save instantly. If you'd like to learn more about discounted prices, we recommend heading to Trip.com to access the latest discounts.