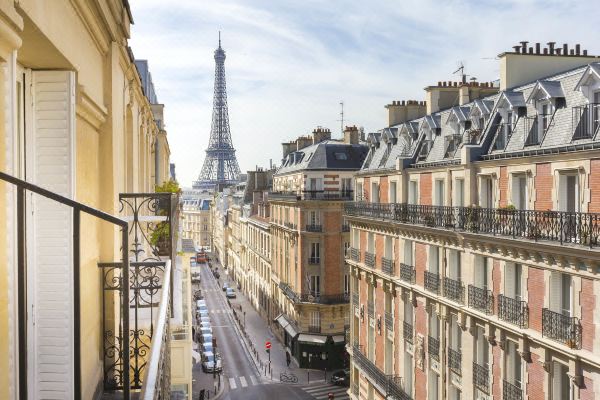 Set in a 19th-century building, this elegant hotel features an interior garden and offers air-conditioned rooms and apartments. It is located just a 12-minute walk from the Eiffel Tower. Satellite TV is included in each soundproofed room and apartment. Guest rooms have a classic décor and a private bathroom with a hairdryer. Kitchenettes in the apartment include a microwave and fridge. A continental breakfast is served every morning in the breakfast room at Elysées Union. Guests can enjoy a drink in the hotel bar lounge. With a 24-hour reception, Elysées Union operates a ticket service for shows, trains and airlines. The Arc de Triomphe and the Champs Elysées with its luxury boutiques is a 12-minute walk from the hotel. Iéna Metro Station is just 130 metres away, providing direct access to Galeries Lafayette.

Important City Info
Guests aged under 18 cannot stay at the hotel alone. Specific policies may vary by hotel and room type.
A local tourist tax will be charged during the stay. This surcharge is not included in the total rate for some rooms and shall be paid at the hotel.

For each room, 1 child 2 years old and under can use existing beds.

Guests aged over 2 years old will be charged 100% of the adult price.

Child and extra bed policies vary by room, each room rate is for a specific number of guests. Additional fees may be charged for accompanying children and additional guests. For details, please confirm with the hotel.

Breakfast
Parking
Pets
No pets allowed.
Paying at the Hotel