Fall in Love with Shanghai: Paris of the East 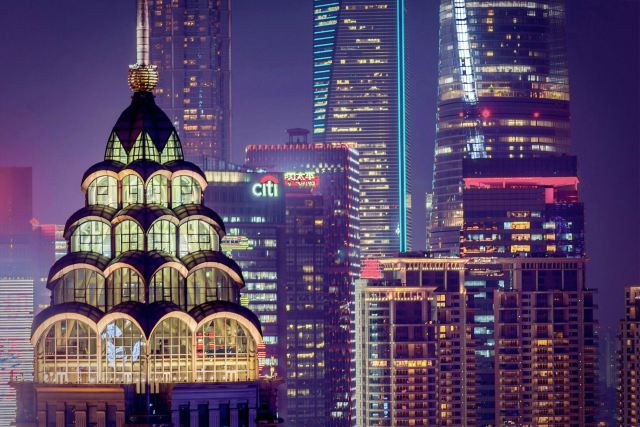 Shanghai has, in a mere 25 years, emerged as global financial center and trendsetting modern metropolis. Glittering skyscrapers dot the skyline in Lujiazui, just across the Huangpu River from the stately architecture along the Bund. Chic cafes and restaurants intermingle with street vendors and classic gardens. Known as the “Paris of the East,” Shanghai garnered a reputation for noir and intrigue in the 1920s and ‘30s. The image of Art Deco buildings, gangsters with tommy guns, and cabaret never faded. As China’s undisputed financial capital, Shanghai is a city on the cutting edge. Money talks and glamor abounds; yet the past is never far away. 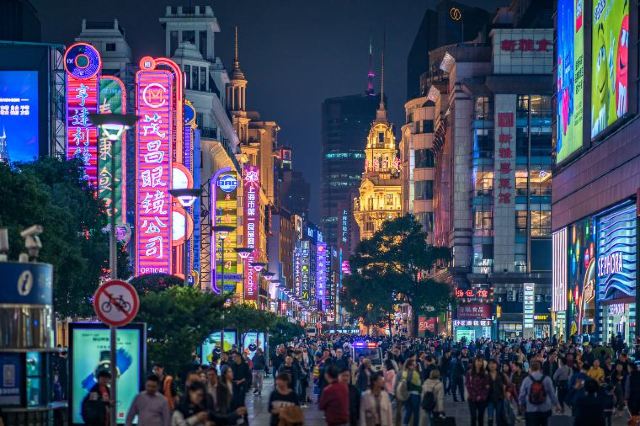 To understand Shanghai is to, in part, understand the complex transformations taking place throughout China. In a drive to modernize, decades old settlements were uprooted and replaced with towering office buildings. Nowhere is this more evident than in the city’s Pudong District. When Shanghai was finally permitted to benefit from the reform and opening-up of China’s economy, Pudong’s Lujiazui area was a mere collection of rice paddies. Now it’s the proverbial Emerald City at the end of a Yellow Brick Road, the gleaming city arrived at after a long journey from China’s hinterlands to opportunity along the coast. 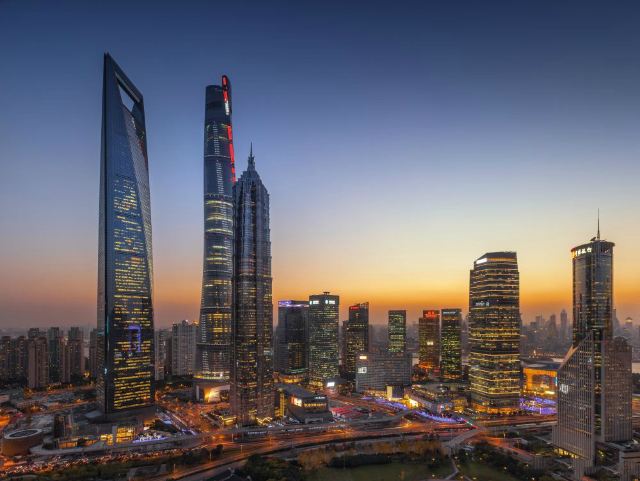 Lujiazui is the epicenter of the world’s fifth-largest financial industry and the only place where you can find three adjacent super tall skyscrapers: the Jin Mao Tower, the Shanghai World Financial Center, and the Shanghai Tower. The latter currently stands as the world’s second-tallest building. Linked by a lovely elevated walkway, the towers host an impressive range of shopping and dining and make a great stop on anyone’s tour of Shanghai. 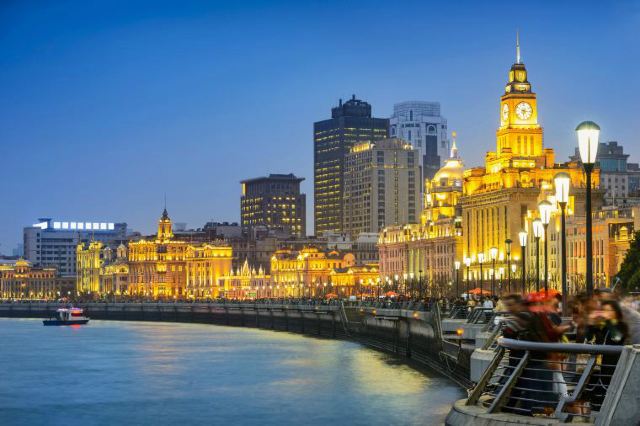 As if to drive home the city’s almost bipolar character, Lujiazui stands just opposite Shanghai’s most famous attraction, the 1.5 km waterfront promenade known as the Bund. Lined with historic buildings, the Bund once anchored the so-called Shanghai International Settlement, an extraterritorial treaty possession occupation by Britain and the United States. Today, the Bund is a centerpiece in Shanghai’s revitalization. Sleek LED lighting bathes the historic buildings in an almost divine glow. Strolling the Bund after sunset is a must. 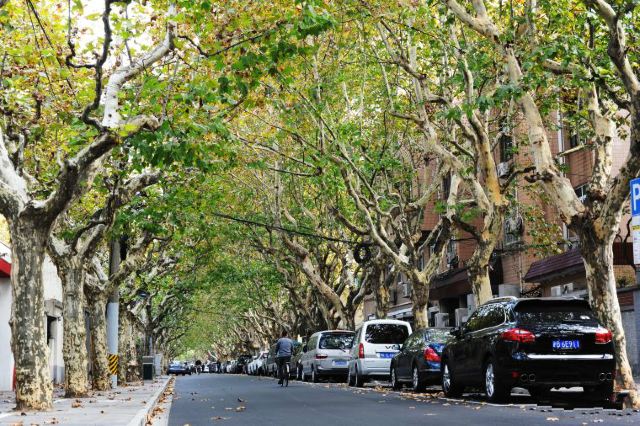 Despite laying claim to the title of world’s largest city, Shanghai can feel downright provincial. Outside the financial district, the city displays its softer, more historic side. Long boulevards lined with French Plane trees shade European-style villas as people from all walks of life enjoy simple pleasures in neighborhoods along Wukang Road. A constantly evolving mix of cafes, small stores, art galleries, and residential units predominate. During spring and fall, the areas in the Former French Concession could easily be mistaken for some outer Parisian arrondissement. 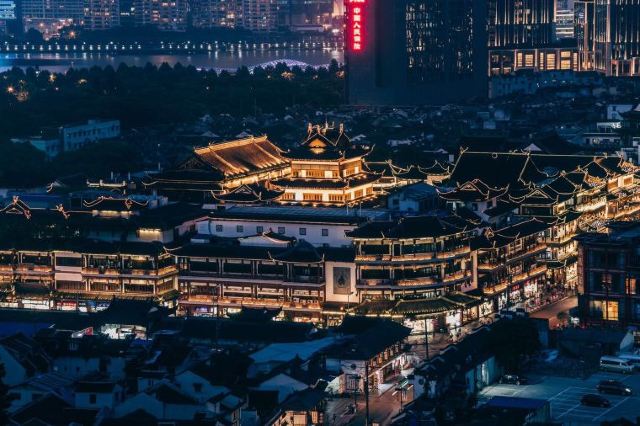 Throughout Shanghai one finds a dramatic blend of Western and Chinese culture and architecture. It is literally possible to walk from a luxury shopping experience to the classic Ming Dynasty-era Yu Garden in 15 minutes. Yu Garden is recognized as one of the city’s five classical gardens. The Ming architecture, lotus and koi ponds, and seemingly ancient teahouse, transport visitors to a different world. Gone are the hustle and bustle of a modern urban center. In their place comes a harmonious garden where the only worry one faces is jostling between tourists trying to snap selfies. 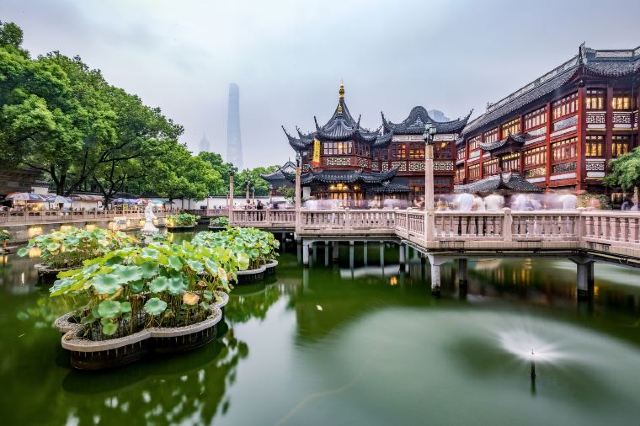 Yu Garden sits on the northern edge of what used to be the Chinese Old City. Though long since incorporated into the surrounding neighborhoods, the Old City still features important temples. Among these are the Shanghai City God Temple, a Taoist place of worship. Here you can fully appreciate the city's folk traditions and taste authentic Shanghai snacks. Every night, the golden lights on the ancient-style buildings make excellent backdrops for photos. You could be forgiven for thinking you’d traveled back to a Ming-era market. This is just one of the pleasantly disorientating experiences possible in contemporary Shanghai. 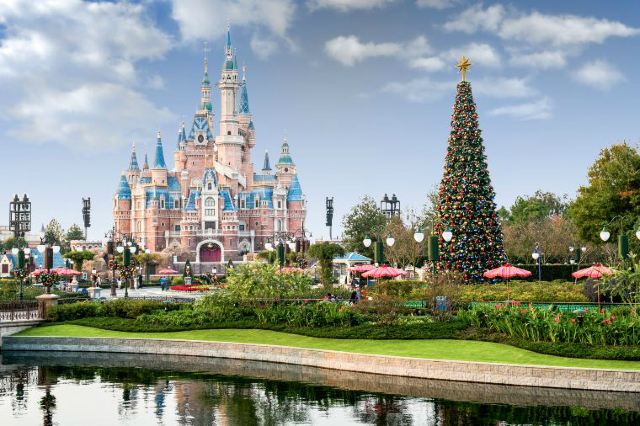 Perhaps it’s not surprising that a city as magical as Shanghai would feature its own Magic Kingdom. Disney’s arrival in mainland China created much fanfare. The world’s newest Disney park is part of a larger recreation and entertainment zone located not far from downtown. With age-old Disney tales reframed through a Chinese lens, Shanghai Disneyland Resort is a crown jewel in Shanghai’s overflowing arts and entertainment scene. 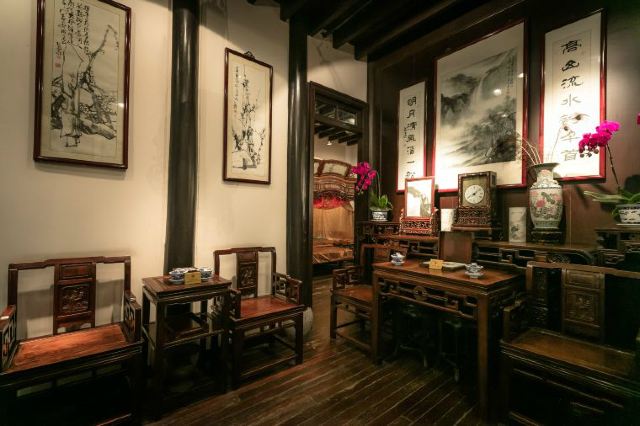 Visitors would be remiss if they failed to visit the city’s heritage residential buildings, known as shikumen. The Shikumen Wulixiang Museum in the hip Xintiandi neighborhood is a fantastic look at preserved dwellings from Shanghai’s Golden Age in the 1920s. Whereas many of these structures were demolished as part of redevelopment projects, certain quarters have managed to preserve and enhance this intimately Shanghainese architectural style. The fantastic contribution made by the Shikumen Wulixiang Museum is the way it offers a full portrait of life between the World Wars. Here you learn how the city’s middle- and upper-classes fared. 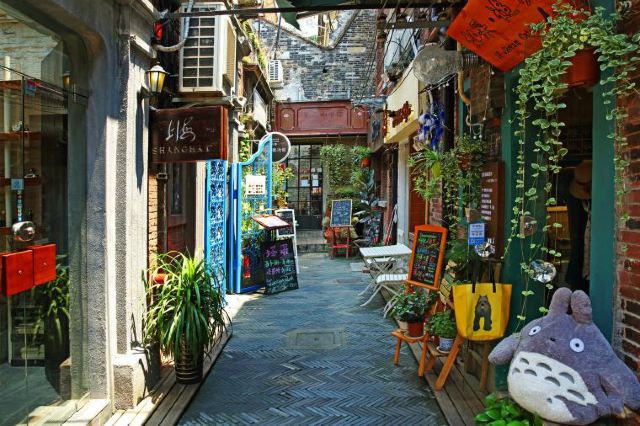 If modern Shanghai is a city of contrasts, Tianzifang is perhaps the epitome. This arts and crafts enclave developed from a renovated residential area in the Former French Concession. It has become a major attraction featuring more than 200 diverse small businesses such as cafes, bars, restaurants, art galleries, craft stores, design houses, and studios. Tianzifang retains the residential feel so much a part of life in the shikumen. The narrow alleys are great places to get lost while you hunt for a bargain. With something always around the next corner, Tianzifang offers a concentrated sample of the larger dynamics that make Shanghai such a wonderful place. Coming here you will instantly recognize why people fall in love with a city so relentlessly modern, yet unapologetically traditional.

The following photos of Shanghai, which have captured great attention online, were shot by German photographer Mark Siegemund. The bird's eye view shows a city constantly on the move. Bright lights and glamour stand opposite traditional temples and gardens. Young people arrive with a twinkle in their eye and a vision for their future. The city on sea at the end of a long journey, this is Shanghai today. 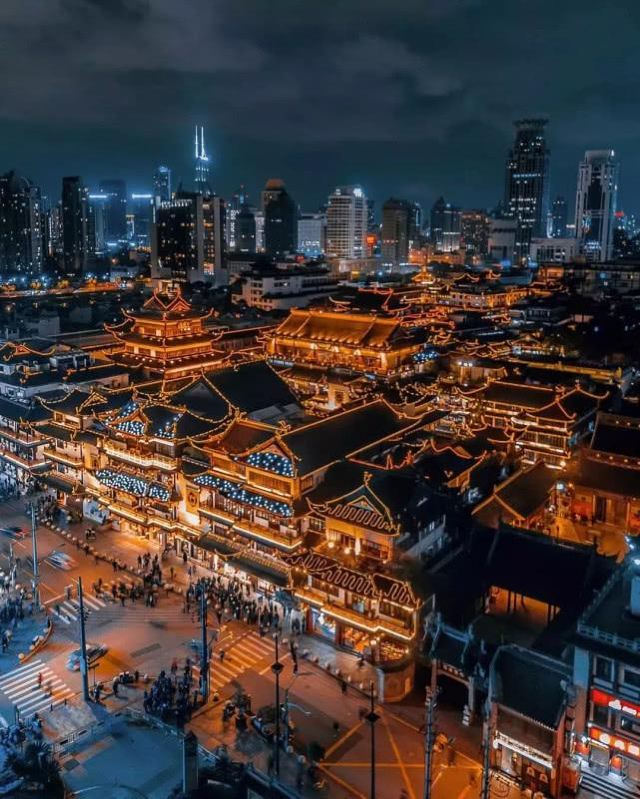 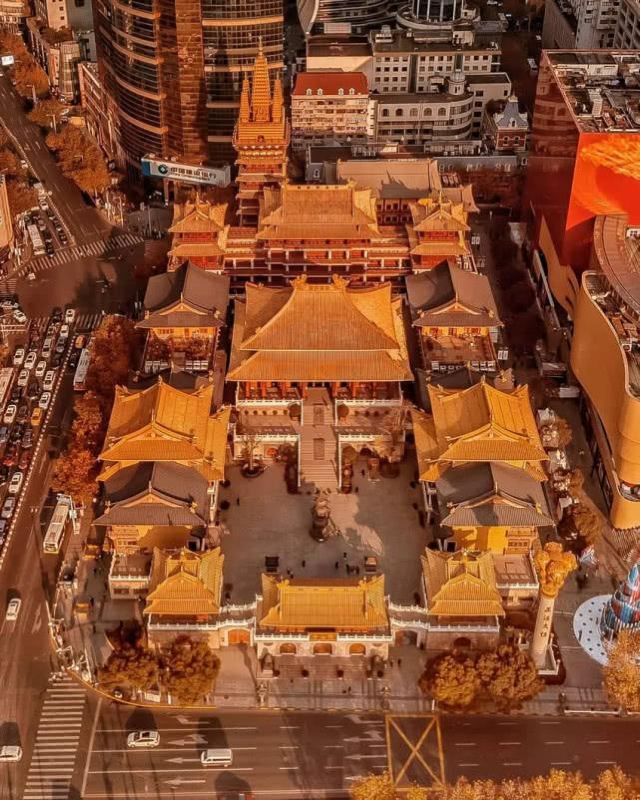 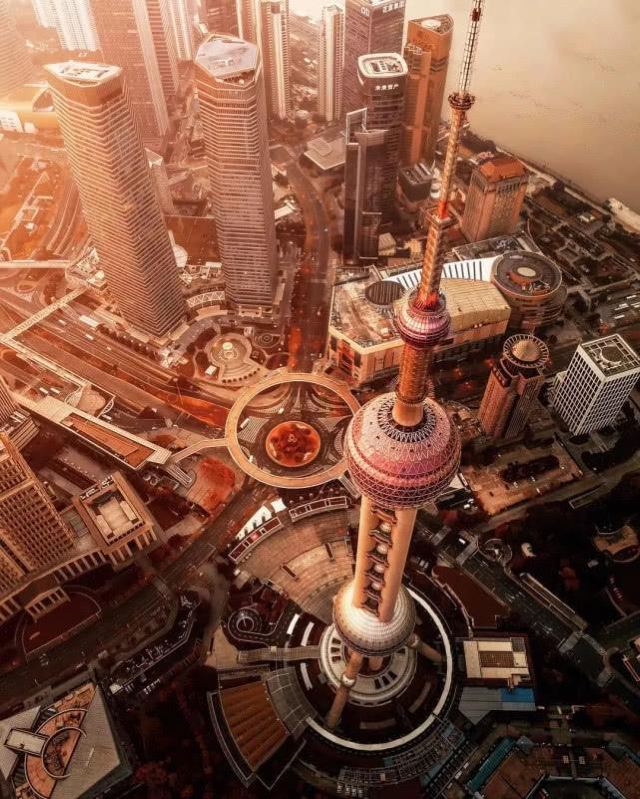 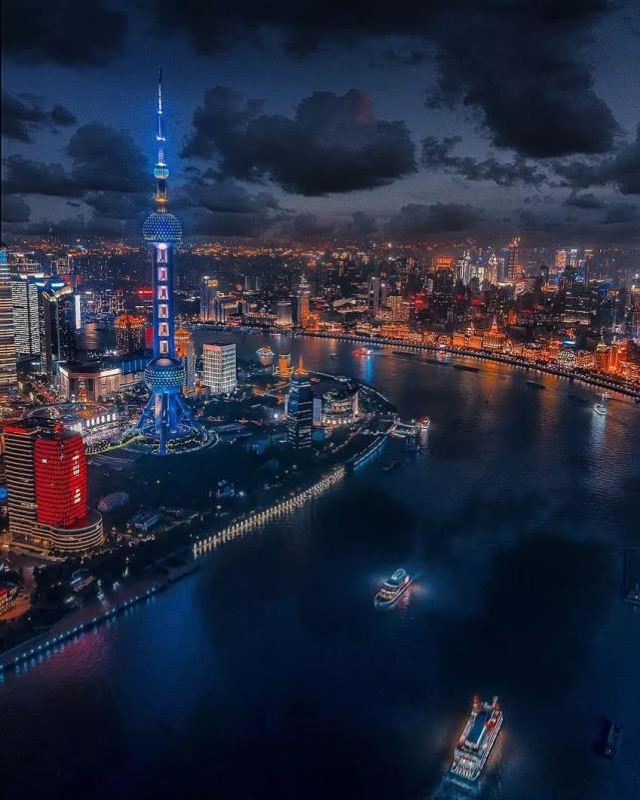 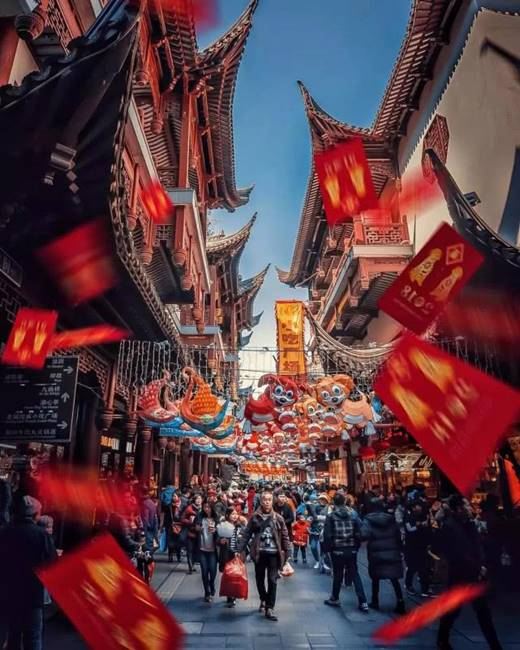 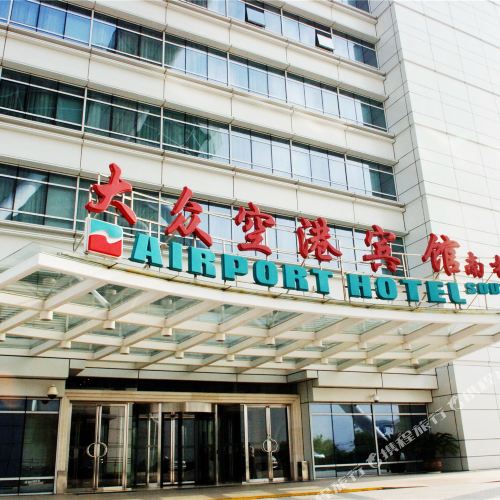 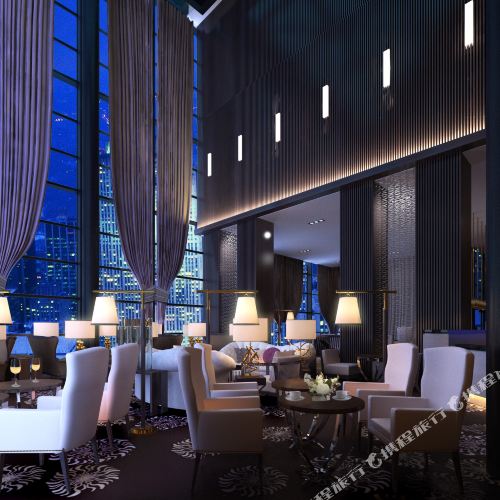 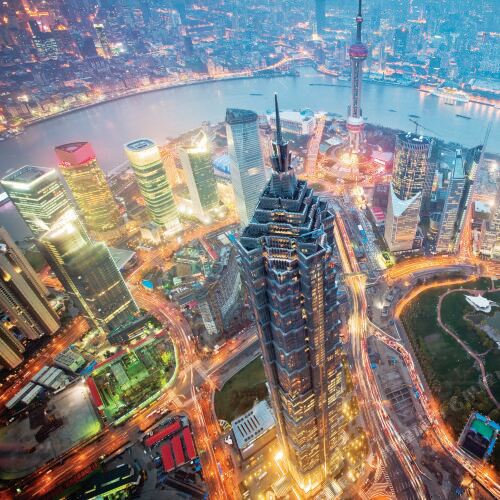 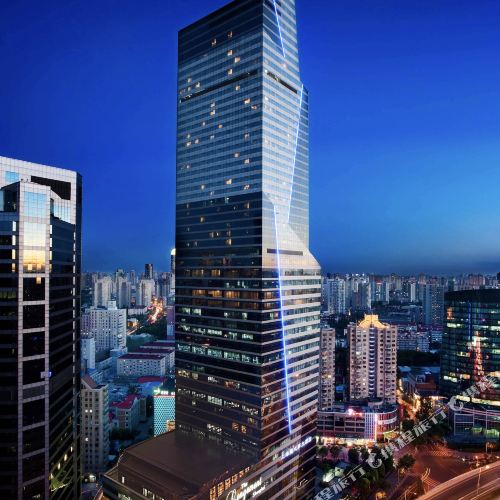 Meet a Billionaire: Cities To Visit To Encounter the Ultra-Wealthy  |  The Best Things You Shouldn’t Miss at Disneyland  |  Fall in Love with Shanghai: Paris of the East